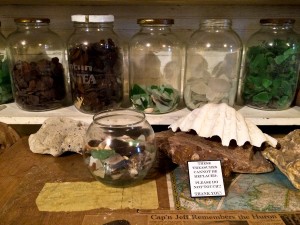 Having grown up near the shore, I’ve a great affinity for the small unsung museums that serve as the repositories for coastal lore and culture. Much like the beach in January, such places – like the Barnegat Light Historical Society and Museum, at the north end of Long Beach Island, New Jersey, which in a former one-room schoolhouse contains, among other artifacts, the original first-order Fresnel lens from nearby Barnegat Lighthouse – tend to draw those who most appreciate a place for what it is in and of itself.

While other attractions superbly highlight the area’s past within a greater historical context (e.g., the Wright Brothers National Memorial or the Lost Colony of Roanoke Island), the Outer Banks Beachcomber Museum in Nags Head provides a glimpse into the daily lives of the hardy souls who inhabited these parts long before mini-golf and timeshares. 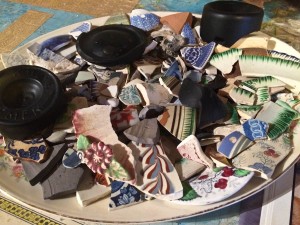 When a Google search prior to our trip turned up the Beachcomber Museum, I was thrilled to have found such a hitherto unexplored nook. My jubilation, however, was quickly tempered by the chilly realization that, like many beachfront concerns, the Museum would most likely be closed in mid-January. Nevertheless, Davida, taking a shot in the dark, sent an email to the address on their website – and soon received a reply from the Museum’s proprietors, Chaz and Dorothy. They arranged a time for us to visit the museum during our trip. We were especially lucky because the museum does close for the winter, but they kept it open and heated the space just for our visit.

A cold rain fell as we drove down the beach road (NC Route 12), past shuttered summer homes left alone to face the wintry seas, to Mattie Midgette’s 1914 general store, which now holds the late Nellie Myrtle Pridgen’s collection of washed-up ephemera collected from the surrounding coastline over the course of the Outer Banks native’s 74-year lifetime.

Chaz and Dorothy warmly welcomed us. Following brief introductions, Dorothy, herself a cache of historical knowledge and local goings-on, took us on a tour of what in my experience is a most singular collection, the only one of its kind that I have ever seen, anywhere. Here, for example, you will find an expansive array of shells, sea glass, photographs, bottles (some dating back to the 1600s), Japanese glass fishing net floats, Trinidadian relics, and notes found in bottles, as well as several examples of fulgurites, the product of a lightning strike upon sand. 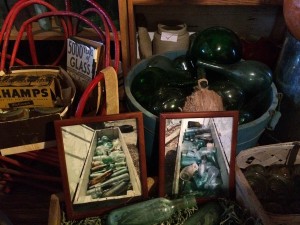 One of my favorite items was an elaborately embossed Guinness bottle from 1959 – part of an ingenious “message in a bottle” advertising campaign celebrating the brand’s bicentenary, wherein 150,000 of the special bottles were dropped into the Atlantic Ocean. Each one contained a memo “From the Office of King Neptune” that invited the finder to inform Guinness as to when and where they made the find. 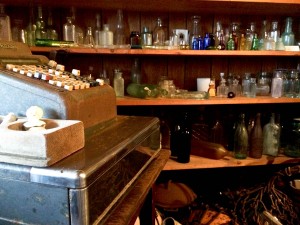 Chaz, it turned out, is also a photographer, and though we paid no admission fee, we did purchase two of his prints, which help to support the Museum. I commend Dorothy and Chaz’s efforts to preserve a collection unlike any I have ever seen. This place is a must-see for Banks visitors new and old, and a fascinating glimpse into the lifelong obsession of one of the beach’s more vocal keepers and defenders. 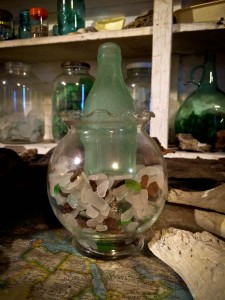 The reason our anniversary trip is in January is rooted in economics. When Patrick and I decided to take our first trip money and time off from work were major hurdles to travel. We decided to take advantage of MLK Day, as well as off-season lodging and airfare. In the intervening years we learned to go warm places in January, which were more expensive, but they were warm and that was all that mattered. Last year we blew our travel savings on a trip to Ireland, which while off-season was still expensive. We also moved, so between the two things we went back to our roots and looked for a cheap trip we could take over MLK Day weekend. 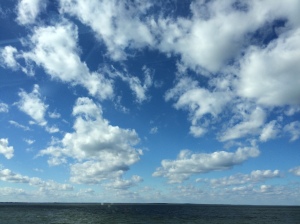 We opted for a simple road trip. Going north would be colder, so we decided to go south. We hadn’t been to the Outer Banks together in well over a decade. It would be cheap in the off-season, slightly warmer, and the ocean is there, so the decision was made.

There is something to be said for the hearty souls who pronounce “open all year.” For them we are grateful. I do think that traveling in the off-season gives you a chance to experience the place and the local culture in a way that those who arrive and depart the high season would never dream of. 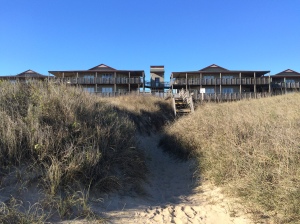 Lodging: In an effort to keep the progeny entertained and fed, as well as ourselves, we looked for local lodgings that had an indoor pool, kitchen, and a view. We found a place that offered all that for a relatively modest sum in the Outer Banks Beach Club Resort. It was cold and blowing much of the time, but we enjoyed DVDs we brought, enjoyable meals, a view of sunrise over the ocean, and a hot tub. 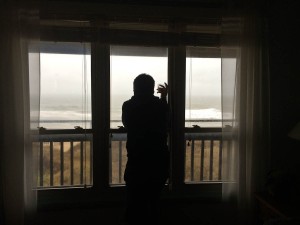 Meals: We cooked most of our meals at the hotel (resort?), but we managed two very memorable meals at two local spots – The Thai Room and Outer Banks Taco Bar. After a long day adventuring in Ocracoke (post forthcoming), we drove straight to the The Thai Room. The service was superb, even after they realized we were not another similar family with the exact same eating habits. Garnet enjoyed the fried tofu so much that he got an order to go. They have many vegetarian options and understand that hot means hot. 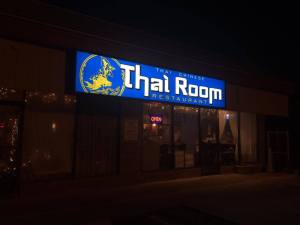 On our final day, we waited around Kitty Hawk until The Outer Banks Taco Bar opened. This ranks up there with the best decisions I’ve made in life. We ordered a round of appetizers and the fried tostones were so good that I would have just sat and eaten those until the end of time. Patrick and I polished off the tostones, while Garnet finished the chips and salsa. The homemade corn tortillas were the best I have ever eaten. Seriously. If you can get rice and beans right, you are doing it right, but the tortillas put it over the edge. I sat there wondering of this is what a goldfish thinks as it eats itself to death? I just wish we had eaten there earlier in the trip so I could have had more tostones. TOSTONES! 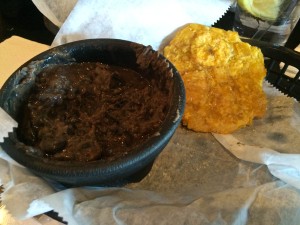 Entertainment: Driving into Nags Head Woods, the temperature was well below freezing with a bit of a wind. That said, I mused as I looked at the swamps if the bugs would be worse than the cold. And I like bugs. I wanted the ponds to be full of frogs and turtles, but the frost and winter light were beautiful in their own right. If you can enjoy this kind of place in the dead of winter, there is no excuse from missing it in spring when the world is alive. 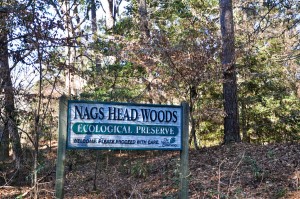 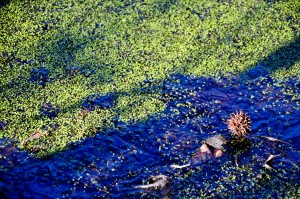 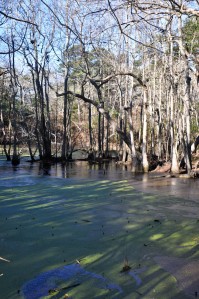 During the storm that blew in on our second day, we hit the local bookstore before returning to the room to hunker down. Island Books has three locations, but we hit up Kitty Hawk. Patrick found the new Derf Backderf, Garnet found a Star Wars book, and I found an ARC and gift for a friend. A good selection all the way around.

Elizabethan Gardens is a 10.5 acre public garden located within Fort Raleigh National Historic Site in Manteo, NC. The gardens are lovely by day, but at night in the winter they come alive with lights, music, and even movies. We wandered around in the dark and came across a campfire and old holiday cartoons being projected. The holiday lights were extended due to inclement weather, but that meant we were able to enjoy them into late January. 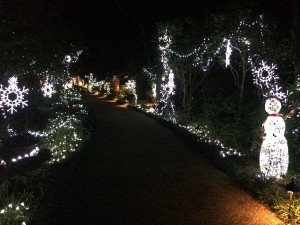 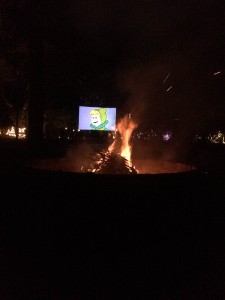 While June would offer endless shopping and all sorts of beach-going, there is something about traveling to a shore town in winter. You have to want to be there. There is an appreciation for place that isn’t there when it is an easy landscape. And the year-round shops and restaurants are locals who want you there. Consider some off-season travel and avoid the maddening crowds.