The official motto of the United States Coast Guard is “Semper Paratus,” or “Always Ready.” But, since the heyday of the United States Life-Saving Service (which merged with the Revenue Cutter Service in 1915 to form our modern USCG), at least, another phrase has adorned the flipside of that figurative coin: “The rules say you have to go out, but they do not say you have to come back.” 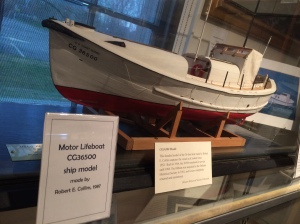 On February 18, 1952, four young men with those words in mind set out from the Chatham (Massachusetts) Lifeboat Station in a 36-foot self-righting, self-bailing wooden motor lifeboat – clinically named CG36500 – into a hellish nor’easter, and the annals of lifesaving lore. In what has since been considered the greatest small-boat rescue in USCG history, Boatswain’s Mate First Class Bernie Webber and his crew of three – Andrew Fitzgerald, Richard Livesey, and Ervin Maske – battled at-times hurricane-force winds and frigid, 60-foot seas to rescue the crew of the S.S. Pendleton, a 500-foot World War II-era tanker which had broken in half several miles offshore.

En route, the CG36500’s engine briefly quit, and the angry seas smashed the boat’s windshield and tore away her compass. Yet, somehow, Webber and his crew successfully reached the stern of the mortally wounded Pendleton, and despite the odds, successfully rescued 32 of the ship’s crew in a boat designed to hold a maximum of 12 (including its own crew).

Not surprisingly, this seemingly impossible feat became the stuff of Coast Guard legend, yet Webber, Fitzgerald, Livesey, and Maske did not consider themselves “heroes”, per se; rather, they regarded their actions simply as a fulfillment of duty. By the late 1960s, the old 36-footers, including CG36500, had been decommissioned, and the slick, new 44-foot motor lifeboat became the Coast Guard’s standby. 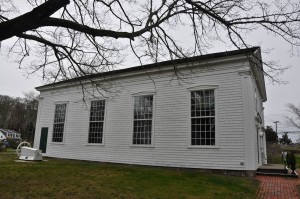 The CG36500 languished in dry-dock, neglected, for more than a decade, until a collective of intrepid locals, recognizing her historical value, set about painstakingly restoring her. Today, the fully restored and operational CG36500 is maintained under the auspices of the Orleans Historical Society and Museum, which features an impressive exhibit on the famed rescue in its nearby museum. As the son of a career Coast Guardsman, having the opportunity to visit the boat was a borderline spiritual experience. The 2016 movie The Finest Hours – based on Michael J. Tougias and Casey Sherman’s 2009 book of the same name – faithfully recreates the Pendleton rescue. While the film was not a commercial success, in this era of hyperbolic action movies that inexorably seek inspiration through the spilling of blood, it is good to see the four lifesavers from Chatham Station – and, by proxy, all who have come before or since – finally get their due.

The boat moves seasonally, so please visit the website to check on its location. 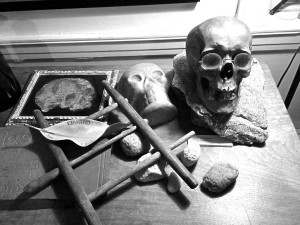 Museums to dedicated individuals can be a tricky thing. I remember going to the Ava Gardner Museum and walking away thinking she was even more boring than I suspected, but the idea that there was a museum devoted to her was fascinating. I’ve now walked away from the Edward Gorey House twice and each time I am further intrigued.

Many of us knew of Edward Gorey before we knew who he was. His theme for PBS’s Mystery! was ubiquitous:

His pen and ink drawings are recognizable around the world. The settings are often Victorian and display the dark humor of someone who can’t but help see the ridiculous in the morbid. He illustrated many books, including a well-known edition of Dracula, and published his first book, The Unstrung Harp, in 1953. Graham Greene said of the book, it is “the best novel ever written about a novelist and I ought to know!” 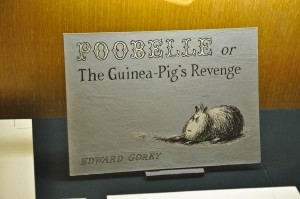 In a New Yorker interview, Gorey said, “If you’re doing nonsense it has to be rather awful, because there’d be no point. I’m trying to think if there’s sunny nonsense. Sunny, funny nonsense for children—oh, how boring, boring, boring. As Schubert said, there is no happy music. And that’s true, there really isn’t. And there’s probably no happy nonsense, either.”

It is in the small details of his home that Gorey becomes the person behind the children in peril. He enjoyed cats, which any fan would know, but he also enjoyed Buffy, X-Files, Petticoat Junction, Golden Girls, and Xena. He collected rocks, traveled to Cuba as a child, and often had the exact same breakfast every day. There is a waffle framed in his kitchen. His parents married each other twice and he described himself as asexual. He loved animals and provided for them in his will. He was a child prodigy and one of his first jobs was in the art department at Doubleday, illustrating more than 50 book covers. It is estimated that he illustrated over 300 book covers in his lifetime. He created his own independent press, The Fantod Press, in 1962. 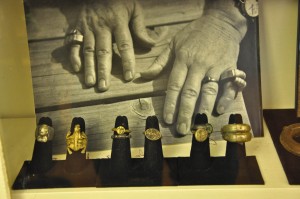 He purchased the home in Yarmouth Port in 1979, which now stands to share his art and life with the public. There are different exhibits, so even if you have gone once, go again. 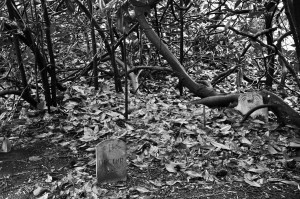 PS – To my zine friends who read this, the curator and associate director of The Edward Gorey House is Gregory Hischak, the creator of Farm Pulp, one of my all-time favorite zines. I recognized his name the first time I visited. I suspect from his surprise that few visitors recognize him from Farm Pulp. That or I totally creeped him out.

Cape Cod is different things to different people. For me it is animals, ocean, light, and Thai food. I’ve only gone in the off-season, April/May and October, when traffic is bearable and rates are cheap. It is a great time to view local and migratory wildlife.

These are my top three wildlife watching spots:

The whole Cape Cod National Seashore is amazing, but the Beech Forest Trail is like something out of a goddamned Disney movie. Not far from Provincetown, the trail winds through woods and around a pond. I’ve seen birds, turtles, frogs, squirrels, snakes, and chipmunks while hiking. The birds and small animals are so accustomed to visitors (many bearing birdseed) that they are quite inquisitive. The first time I hiked the trail a chipmunk followed me. It seems like the kind of place a dead guy would have written a poem about. The trail is magical.

The Wellfleet Bay Wildlife Sanctuary, managed by Mass Audubon, covers 937 acres and five miles of trails. Last year, I saw some amazing frogs and my very first Baltimore oriole. There are multiple trails and habitats and the wetlands are ideal migratory and nesting grounds. This year, it was a bit colder and we were there earlier in the year. I was a bit grumpy that I didn’t see the frogs or birds I had seen last year. I glimpsed a hummingbird, but that was it.

We were preparing to leave when I heard a gobble. I abandoned my family and went off in search of the noise. I crept through brambles and trees and right behind the visitor’s center I found a family of six turkeys, three posturing males and three smaller females. The males put on quite a show for me. Once they were convinced I was either terrified or not an actual threat they went back to eating. I realized I was near a bunch of bird feeders and while I sat there and watched the turkeys the other forest animals began coming back for food. It is without hyperbole or euphemism, that I was close enough to see a chipmunk’s balls. There were chickadees, towhees, red squirrels, gray squirrels, blue jays, and more darting all around. It was wonderful. They have a great nature center and gift shop too.

Tickets for the Dolphin Whale Watch aren’t cheap, but personally, I’d rather spend $47 ($45 if you use your AAA card or order online) on three hours of whale watching than on any concert. You never know what you are going to see and every charter is different. The Stellwagen Bank National Marine Sanctuary is a prime feeding area for whales. They often winter and bear calves in the Caribbean, but the warm waters don’t offer the large mammals much to eat. They head north to the Golden Corral of the sea. Boats seat about 150 people and you will find yourself in pods of domestic and international tourists lurching port to starboard and back again watching the whales surface, dive, and maybe flash some tailfin.

The tour starts at the MacMillian Pier in Provincetown and heads around Long Point and along Herring Cove and towards Race Point. Most tours head to where Cape Cod Bay and the Atlantic meet, but it all depends on the weather and where the whales are sighted. The naturalist onboard shares information about the whales spotted, their history, why Stellwagen Bank National Marine Sanctuary is important, and why conservation is a must. They also identify other animals spotted, which can include terns, gulls, seals, dolphins, gannets, and other water birds.

I’ve been out 3-4 times now and have mostly seen finback whales (the greyhounds of the sea) and humpbacks. If the sea is calm, you can see blow spouts all over the horizon. The coolest thing I’ve ever seen what a group of whales working together to gather food by creating bubble nets. It can be cold and wet, but it is totally worth it. They do serve hot drinks, snacks, and even alcohol on the boat.