With a small fortune of highly refined poison coursing through my veins, I listened to Davida promise that one day, once I was better, she would take me to Ireland, fulfilling my lifelong dream. The year was 2007, and I was in the midst of hard-hitting chemotherapy for non-Hodgkin’s lymphoma. We had just celebrated our son’s first birthday. 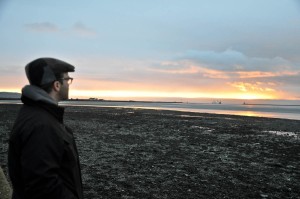 It goes without saying, thankfully, that I lived to tell the tale – and, thanks to Davida’s perseverance, see the land of my forebears.

I’m more Irish than anything. While my mother’s family is an amalgam of English and German ancestry, my father’s side is Irish through and through. My paternal grandfather’s branch of the family tree stems from late-18th century Irish revolutionary Napper Tandy. Also a sympathizer of the French Revolution, the Dublin Protestant aligned himself with Napoleon Bonaparte, who at the turn of the 19th Century was the best bet running for anyone with a British bone to pick.

Though less well known today than contemporaries like Wolfe Tone, old Napper did achieve a certain level of immortality by way of “The Wearing of the Green”, a traditional folksong that recalls the Irish Rebellion of 1798:

I met with Napper Tandy and he took me by the hand
And he said, “How’s poor old Ireland, and how does she stand?”
“She’s the most distressful country that ever yet was seen
For they’re hanging men and women for the wearing of the green.”

I do not yet know at what point the New World Tandy contingent crossed the pond. But I do know that four generations later, my father’s maternal grandfather, another Dubliner by the name of Daniel Desmond, stood to inherit his family’s farm – an enterprise in which, so the story goes, young Daniel wanted no part. And so it was that he, like so many Irish throughout the century following the Great Famine, cast his sights westward, toward “The Shores of Americay”.

The Tammany-run New York of the late-1800s was rife with opportunity for an enterprising young Irishman just off the boat. Or so my old man – born a decade after Daniel’s death – believes, as within just a few years, his grandfather went from poor immigrant kid to owner of a saloon in the Wall Street District.

Or so goes the story. Which is something I’ve always loved about the Irish: their deep-seated oral tradition, the lyrical tales whose fire-lit origins are as vague and elusive as the ubiquitous ruins that pepper the Hibernian landscape. And yet to this day, like those moss-covered monoliths, they persist – integral yarns in the cultural fabric. They live on in the artistry of the modern seanchaithe – authors and actors, musicians and playwrights – as well as in the lives of everyday women and men.

Fortunately, my own “Troubles” came and went. I was healthy once again – more so, in fact, than I’d been for many years leading up to the cancer – and Davida, hell-bent on making good on her promise, continued to sock money away for our epic journey-in-waiting. The only thing holding us back was the age of our son; he had to be both old enough to appreciate such an experience and sufficiently strong to withstand our at-times frenetic pace…

In January 2015, on the eve of his ninth birthday, that time, we felt, was finally upon us. 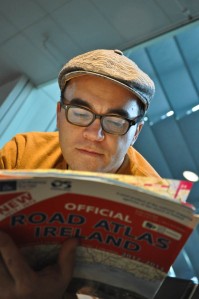