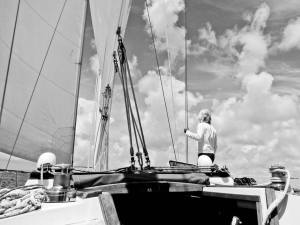 Shortly after clearing Key West Harbor, bound for the reef at Sand Key Lighthouse some six or seven miles offshore, came that most cherished moment when, with sails full and neatly trimmed, you kill the diesel grumbling beneath your feet and, like 300 generations of your forebears, give yourself over to the power of the wind. 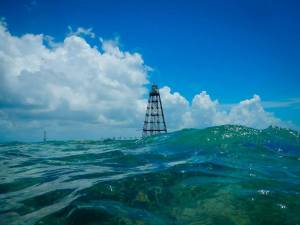 Unlike today’s hard-chine powerboats, the sailboat’s traditionally curved hull rides the waves like a duck, and one momentarily reverts to that evolutionary stage when mankind pursued its own ends by harnessing the forces of nature rather than trying to dominate them. 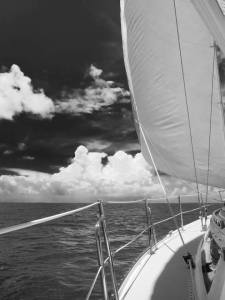 Of course, modern sailboats offer amenities your ancestors never could have foreseen – global positioning systems (GPS), refrigeration, roller furling, autopilot, self-tailing winches, and satellite radio, to name a few – but the tried-and-true fundamentals of sailing remain the same. And sea-legged visitors to Key West can enjoy the best of both worlds aboard Breezin, a 42-foot Catalina sloop that offers full- (seven hours) and half-day (four hours) charters on the balmy surrounding waters. 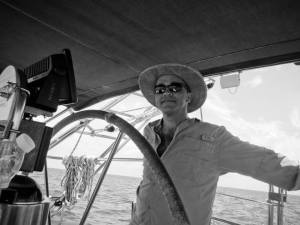 But what really sets Breezin apart from the competition is her skipper, Dennis Krinitt. We first met “Captain Dees” about a decade ago, when he worked for a nearby sailing charter company. While that all-day snorkel excursion was everything we’d hoped for, it was the smart, good-natured, soft-spoken Krinitt – whose conversation shifted from jazz standards to Tom Robbins to basic seamanship as naturally as the changing tide – that really shone. And despite his credentialed profession, the native Californian may well be the most productive-yet-chill human being I’ve ever met: calm, collected, unflappable. 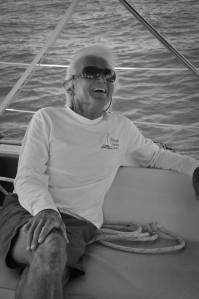 So impressed were we by Captain Dees that we went out with him again before that trip was up. And thereafter, on each return to Key West, we made a point of booking only those trips he was scheduled to helm, including one sunset cruise on which Captain Dees – also a licensed notary – officiated our renewed wedding vows. 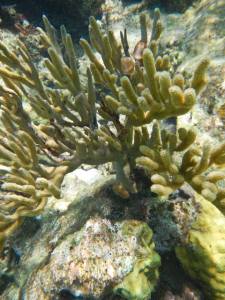 Eventually, Captain Dees landed Breezin a slip in the Key West Bight Marina, at the foot of William Street, where he now offers sailing charters, lessons, sunset cruises, and more. (And those modern amenities also include the ability to book your reservation online.) On your way there, stop by the nearby Cuban Coffee Queen for a café con leche and pan cubano, or anything from their extensive menu. But get there early, as the line quickly builds – and you don’t want to miss the boat! 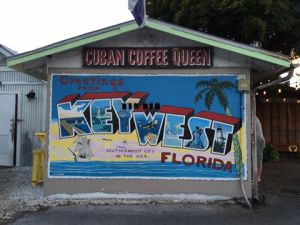